“As a former secondary history teacher and principal,” says Monsignor Sal Pilato, “I can say that these are excellent textbooks that really fill an important gap in our efforts to teach the full story of history, the honest story which includes the Church’s role in the formation and growth of our country and civilization. I encourage you to look at them carefully and consider them for your American history courses.”

The new Lands of Hope and Promise textbook presents the END_OF_DOCUMENT_TOKEN_TO_BE_REPLACED

Tuesday, July 22, 2014
One of the guiding philosophies of the Catholic Textbook Project has been “less is more.” Unlike other publishers, we do not burden teachers with supplement upon supplement and goody bags filled with distracting resources – mainly because we don’t need to. Our well-written books do most of the work, by drawing students into the exciting story of history. Our teacher’s manuals and workbooks only help complete the work the textbooks have begun.

The CTP Teacher’s Manual for each textbook features:

One educator summed up the quality of our teacher’s manuals: “I have always been impressed with your books, but I am overwhelmed by the Teacher’s Manuals. They are the best I have ever seen!”

We also have workbooks for each of our textbooks which provide a variety of exercises and activities to enhance the learning experience and solidify subject retention. These excellent resources were designed by writer and veteran educator, Ana Braga-Henebry. The workbooks are offered in CD format to help schools and families save on cost (no yearly purchase of new workbooks) and to allow teachers to pick the exercises most useful for their class.  Now we’ve also added downloadable eBook editions in either PDF or ePub versions.
In addition to our efforts, the homeschooling curricula provider, Catholic Heritage Curricula, has written daily lesson plans for two of CTP’s history textbooks: Sea to Shining Sea and All Ye Lands.
The 36-week lesson plans provides a daily schedule for each textbook and its accompanying teacher’s manual with coordinating reading assignments, review, optional enrichment, and abundant hands-on activities. To find out more or purchase, visit the CHC website.
﻿

Our Books & the Common Core

No “Windy and Barren” History 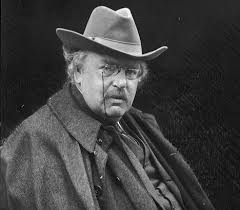 About half the history now taught in schools and colleges is made windy and barren by the narrow notion of leaving out the theological theories… Historians seem to have completely forgotten two facts — first, that men act from ideas; and second, that it might, therefore, be as well to discover which ideas. —G.K. Chesterton

Chesterton is right. So much of historiography today seeks to explain why human beings have acted as they have by appealing to materialistic causes: economics, the natural environment, greed for power, even genetics.
Do these factors influence history? Of course they do.
But do they explain the whole of history? No.
For inst

ance, the princes of Germany who propelled the Lutheran Reformation to success were indeed motivated by economic considerations (to possess Church lands) and political ambition (to wrest more power from the Holy Roman emperor) — but the Reformation cannot be explained merely by greed and power mongering. It was an idea, a theological idea, that goaded Martin Luther and inspired his followers to defy Church and state in the name of the Gospel.
Nor does the fact that greed and ambition played a part in the Catholic response to “reform” explain the zeal of its chief protagonists — men such as Pope Pius V, Charles Borromeo, and Peter Canisius. Such men contended for an idea – that of the Catholic Church, which, as they knew, St. Paul had called the “pillar and foundation of the truth.”
The Catholic faith says that man is more than a mere animal, that he acts for the sake of ideas and ideals, not simply desire. History is driven by what human beings think is the highest good — and this ultimately has to do with what they think about God. In this way, history is bound up with theological ideas.
This is the fuller history our Catholic Textbook Project history series tells. We do not leave out religion, for that would be to distort what man is and how and why he acts and has acted on the world’s stage. We are convinced that students need to learn the whole of history – and religion is a central aspect of that history.
﻿

Applicants will be expected to teach from…

Regina Coeli Academy is seeking a 5th-8th Grade English and History Teacher for the 2012-2013 academic year, who would also serve as the 7th-8th grade homeroom and religion teacher. Applicants should have a bachelor’s degree in history, literature, liberal arts, or a related field with a focus on the Western Classical Tradition. Applicants will be expected to teach from texts within the classical curriculum, including Voyages (English), Catholic Schools Textbook Project (history), and Faith and Life (religion). In addition, reading of classic literature, memorizing of poetry and the catechism, and integrating subjects are key components of our curriculum. All applicants must be practicing Catholics and willing to sign an oath of fidelity to all of the magisterial teachings of the Church. Salary is commensurate with teaching experience and relevant degrees. In addition to your resume, please send to Board President Mrs. Barbara Henkels a cover letter and bio, 2 professional reference names, and 1 priest reference name, along with their contact information.