The “Magdeburg Rider,” thought to depict Otto I

Germany did not suffer from Saracen invasions, for the Alps proved too difficult an obstacle for the Muslim armies to cross. And while the Vikings did sail up German rivers to plunder and destroy, Germany did not suffer greatly at their hands, nor did Norse settlements become established in Germany. Too, since Germany was not as ancient a civilization or as wealthy as Gaul, Spain, and Italy, it did not tempt the Vikings as much as those lands did. Moreover, unlike the farmers of Gaul, who had long since ceased to be warriors and were helpless when the government failed to defend them, German society was still largely tribal. Every man and boy was trained in the use of spears, swords, and battle-axes. The Vikings faced a more formidable reception when they disembarked in Germany than when they raided Gaul or Italy.

But the Germans did suffer from the Magyars, who swept up the Danube Valley and into Germany at the end of the ninth century. For over 50 years, Germans underwent surprise attacks of these wild and swift horsemen.

The German warriors fought these barbarians with little success. The Magyars appeared from nowhere, struck swiftly from horseback, and used their arrows to deadly effect. First, the German kings constructed a line of frontier forts to protect against attack. Then they used heavy, armored cavalry against the lighter horses and less well-armed invaders. END_OF_DOCUMENT_TOKEN_TO_BE_REPLACED

In 1680, a band of pagan Indians attacked a Christian Indian village on St. Simon’s Island in Georgia. Fortunately for the village, the Spanish governor’s lieutenant at nearby mission San Buenaventura de Guadalquini was alerted in time. With a small force of Spanish soldiers and Indians, he repelled the invaders.

The attack on St. Simon’s was ominous. The invading Indians were not acting on their own but were encouraged and aided by English settlers at Charles Town, 60 miles up the coast. Englishmen had settled Charles Town, or Charleston, ten years before, under a grant from King Charles II. By 1680, Protestant Huguenots and Scots had settled in the region around Charleston. Pursuing the trade in deerskin, the settlers frequently entered Spanish territory in violation of Spanish law. The Spanish, however, could do little about such intrusions, since there were few Spanish soldiers in Florida. The Charlestonians, moreover, had made an alliance with the powerful Yamassee tribe, which gave them a buffer zone of protection against the Spanish. END_OF_DOCUMENT_TOKEN_TO_BE_REPLACED

Triumph of a New Napoleon:

The revolutions of 1848–1849 ended in disappointment for Liberals and nationalists. Everywhere—in Germany, Austria, Hungary, Bohemia, and Italy—the forces of the old political order had triumphed. Republicans and radicals had been dispersed. The cause of Liberalism, it appeared, had again gone down in defeat.

But the defeat of Liberalism was only an appearance. The ancient regime had triumphed in most places, but its victory could not last. In the coming years, rulers would find it necessary to at least pretend they supported such Liberal reforms as equality, parliaments, constitutions, and even democracy. Some rulers would grant reforms out of fear, but others would eagerly support them; for, rulers came to realize, the surest way to gain and keep power was winning the support of the masses of the people. END_OF_DOCUMENT_TOKEN_TO_BE_REPLACED 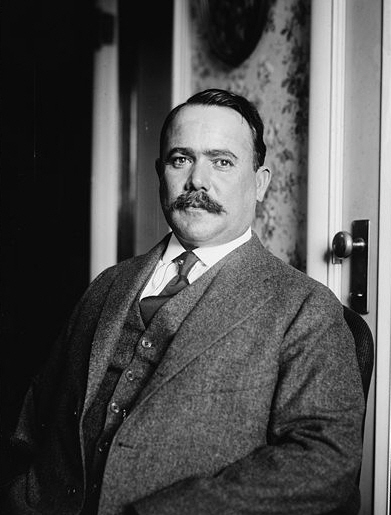 While Obregón, fearing to jeopardize his power, had been wary of pushing revolutionary social reforms, Calles was more resolute. In the four years he held the presidency, Calles distributed eight million acres to 1,500 villages and established agricultural banks to provide loans for the new farmers. Calles more firmly allied himself with labor than had Obregón. The new president promoted public hygiene and improved sanitation. He instituted irrigation projects to put more land into cultivation. He continued Vasconcelos’ education policies, building more schools in rural areas. Calles — at least at first — seemed genuinely committed to social reform along the lines envisioned by the Constitution of 1917; but it was not long before the basic corruption of his regime undid his would-be radicalism.

Calles ruled as an absolute dictator. He worked to concentrate power in his own hands and was ruthless to those who opposed him. Those who dared oppose him were usually executed, or they “committed suicide” in prison. Calles’ dictatorship was more bitter and relentless than Don Porfirio’s had been. END_OF_DOCUMENT_TOKEN_TO_BE_REPLACED

This text comes from our book, Lands of Hope and Promise: A History of North America (now available in hard cover). It continues a discussion of the struggle between “conservatives” and “progressives” in the Catholic Church in America in the late 19th century. To peruse sample chapters of our books, please  go here. For ordering information on Lands of Hope and Promise and our other texts, please click here.

But what brought the controversy between progressives and their opponents to a head was Abbé Felix Klein’s publication of a French translation of The Life of Father Hecker. A Paulist priest and close associate of Father Isaac Hecker, Walter Elliott, wrote the original English version of this work that first ran in installments in the Paulist periodical, The Catholic World, beginning in April 1890. The subject of the book, Isaac Hecker, had lived at Brook Farm and Fruitlands; but, having become disillusioned with Transcendentalism, he had converted to the Catholic Church. Ordained a Redemptorist priest, Hecker eventually founded his own religious congregation, the Paulists, dedicated to converting America to the Catholic faith. Paulists took no vows and engaged in the active apostolate, especially printing. Isaac Hecker died in 1888.

An inspiration to such men as [Archbishop John] Ireland and [Bishop John] Keane, Hecker loved America’s institutions and believed that his country had a quasi-messianic destiny to spread free government to the world. He thought that by permitting its citizens a large degree of freedom, the United States was ushering in a new era where the Holy Spirit would inspire and strengthen individuals as never before. The original English version of Elliott’s biography quoted the Paulist founder as saying that “the increased action of the Holy Spirit, with a more vigorous co-operation on the part of the faithful, which is in process of realization, will elevate the human personality to an intensity of force and grandeur productive of a new era to the Church and to society — an era difficult for the imagination to grasp, and still more difficult to describe in words, unless we have recourse to the prophetic language of the inspired Scriptures.” According to the Life, Hecker had said: END_OF_DOCUMENT_TOKEN_TO_BE_REPLACED