The following is an excerpt from our text, Light to the Nations I: The History of Christian Civilization. For information on ordering this or our other texts, please go here.

Fernando III became king of Castile in 1217, at the age of 19, one year after the death of Pope Innocent III and five years after the Iberian Crusade. Thirteen years later, he inherited the crown of León. King Fernando III was a great war leader. Never once in his 35-year reign did he lose a battle against the Moors. But Fernando was more than a great warrior; he was a devout Catholic who fasted, did penances, and sometimes spent whole nights in prayer. It is for this he is remembered in Spain as San Fernando — St. Fernando. 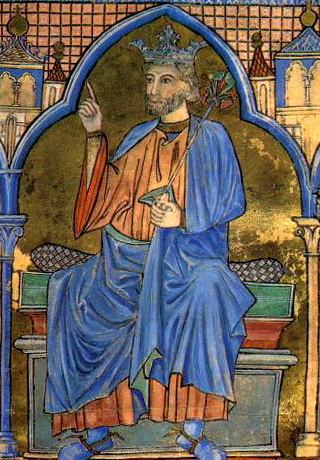 King Fernando was also a just ruler. It is said of him that he was careful not to overtax his subjects, saying he feared the curse of one poor woman more than an army of Moors.

Fernando was at war with the Moors throughout his reign. One of his greatest triumphs was recovering the fabled city of Córdoba, the former seat of the caliphs of Al-Andalus. Córdoba had been the capital of the Islamic West, fabled for its wealth, its scholars, and the caliph’s huge library of some 400,000 books.

The reconquest of Córdoba began in an unexpected way. On their own initiative a small group of young Castilians, who lived in Ubeda on the Christian borderlands, attacked the great city in the off-season for war. Disguised as Moors, the men, led by a young knight named Domingo Muñoz, scaled the walls of Córdoba in the midst of a storm and took the city by surprise on the night of January 7, 1236. After gaining control of a major suburb, the intrepid group sent a messenger to the Castilian king. They would try to hold their precarious position, they told the king, until he could arrive with an army.

END_OF_DOCUMENT_TOKEN_TO_BE_REPLACED

At the outbreak of fighting in April 1775, few colonists wanted complete independence from Great Britain. Those who did were thought to be radical. By the middle of the following year sentiments had shifted with many more colonists now being in favor of independence.

In August 1775 a royal proclamation declared that the King’s American subjects were “engaged in open and avowed rebellion.” Later that year, Parliament passed the American Prohibitory Act, which made all American vessels and cargoes forfeit to the Crown. And in May 1776 the Congress learned that the King had negotiated treaties with German states to  … Read more> 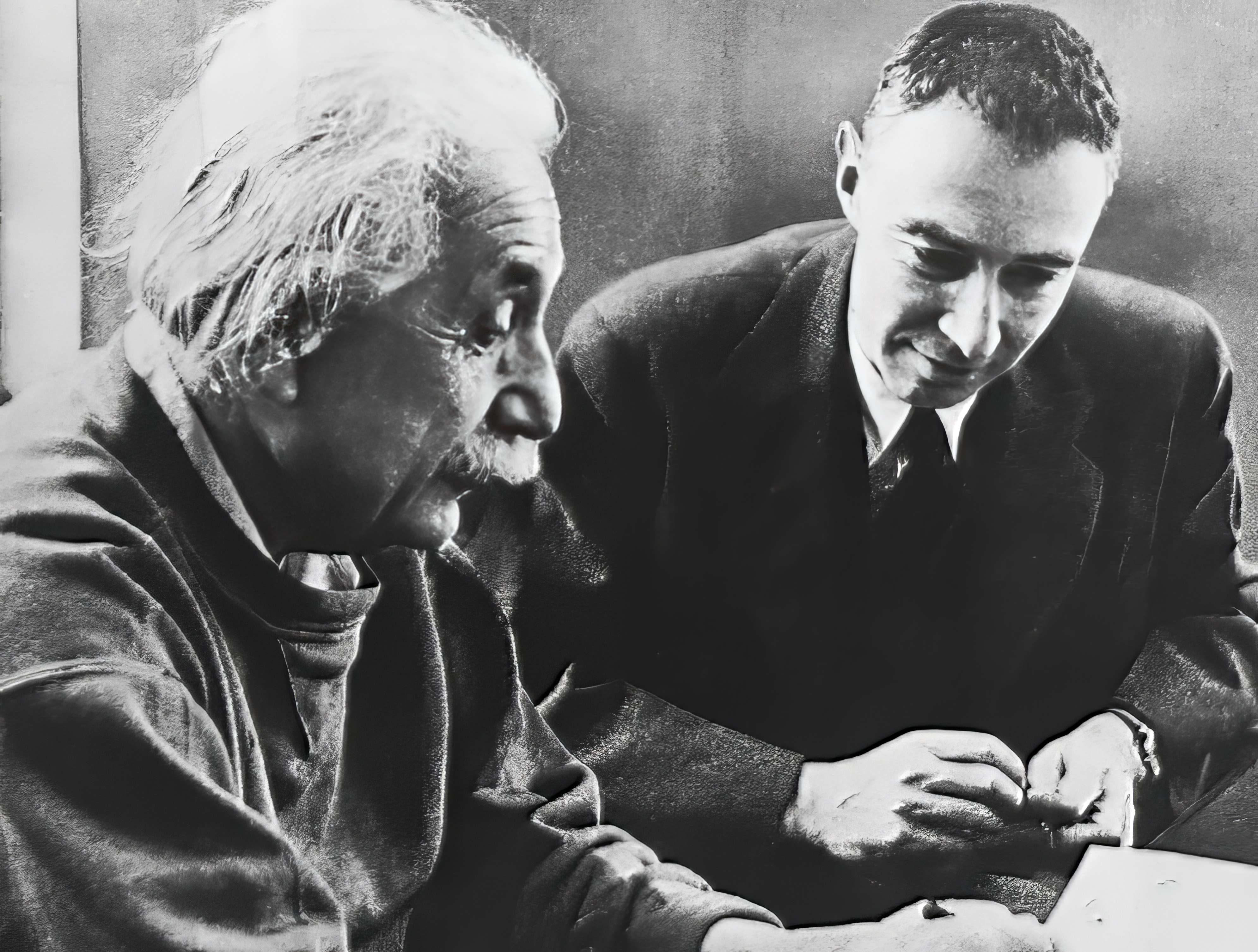 When Harry Truman became president following Roosevelt’s death, he learned for the first time that the United States had been working on a new, secret weapon. Among the refugees from Europe were a number of physicists, including the German Jew Albert Einstein, the Italian Enrico Fermi, and the Hungarian Leó Szilárd. These physicists had warned President Roosevelt that German scientists were working on the concept of uranium fission to produce a bomb that could wipe out large sections of cities. To beat the Germans, the United States commenced the Manhattan Project. In centers throughout the country, this top-secret project worked to master the splitting of the atom. On December 2, 1942, Fermi and other physicists had produced the first self-sustaining nuclear chain reaction. By 1944, J. Robert Oppenheimer, at the laboratories at Los Alamos, New Mexico, had developed the first atomic bomb. On July 19, 1945, this atomic bomb was successfully exploded at Los Alamos. The United States now possessed a weapon that the broken but desperate might of Japan could not withstand. In a message to Churchill, Truman declared, “this is the Second Coming in wrath.” END_OF_DOCUMENT_TOKEN_TO_BE_REPLACED 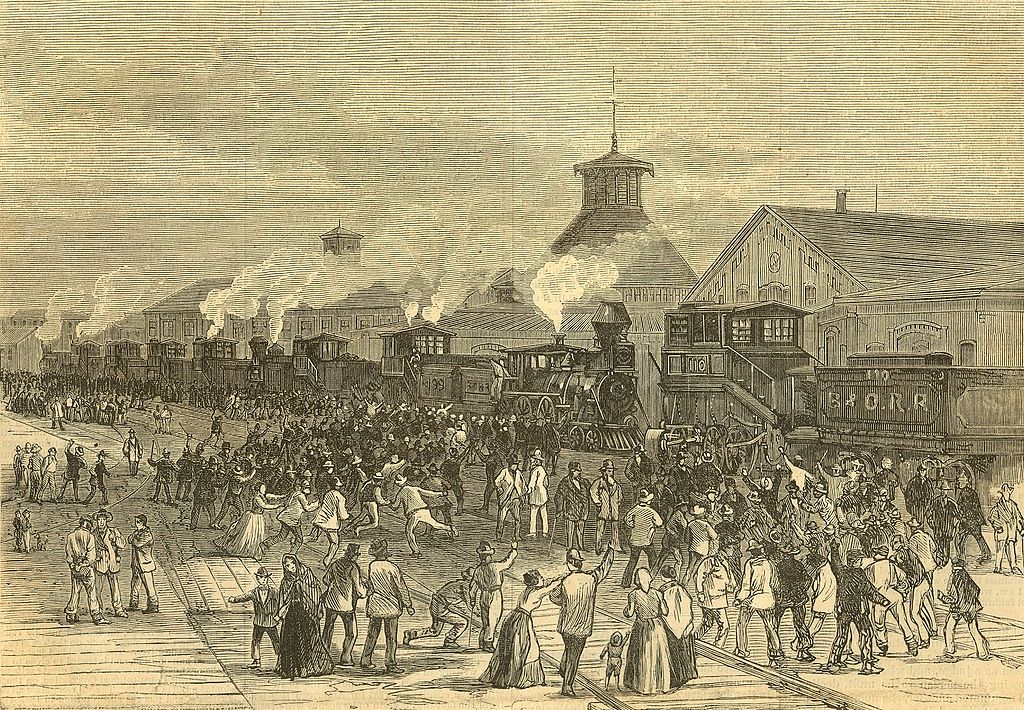 The blockade of engines at Martinsburg, West Virginia, from Harper’s Weekly

Only a month after the execution of the Molly Maguires, the Baltimore and Ohio Railroad announced that it was cutting wages that were already at a level barely able to support a family. Workers pleaded with the owners of the Baltimore and Ohio, who merely ignored them. On July 16, railroad workers near Baltimore, Maryland went on strike. Other workers connected with the railroad joined them, as did railroad workers in other cities. Strikes and demonstrations broke out in Martinsburg, West Virginia; Philadelphia and Pittsburgh; Columbus and Cincinnati; Chicago; and St. Louis, Missouri.

So began the Great Strikes of 1877, long remembered in the history of labor agitation. Strikers not only para­lyzed the railroads of the North — the lifelines of industry — but created considerable unrest in the cities. Not only men (“respectable” tradesmen among them), but women and young girls composed the throngs of workers in the cities. In Pittsburgh, armed strikers pushed engines from their tracks and defied state militia called out to pacify them. One state militia general found himself confronted by an angry mob when he tried to carry out his orders to arrest one of the ringleaders of the strike. Then someone in the mob cried out, “At them, boys! At them! Give them hell!” The militia general ordered his men to open fire, killing 16 and wounding several others. “The sight presented after the soldiers ceased firing was sickening,” wrote a reporter for the New York Herald. “Old men and boys attracted to the [scene of the standoff] . . . lay writhing in the agonies of death, while numbers of children were killed outright. Yellowstone, the neighborhood of the scene of the conflict, was actually dotted with the dead and dying; while weeping women, cursing loudly and deeply the instruments which had made them widows, were clinging to the bleeding corpses.” END_OF_DOCUMENT_TOKEN_TO_BE_REPLACED 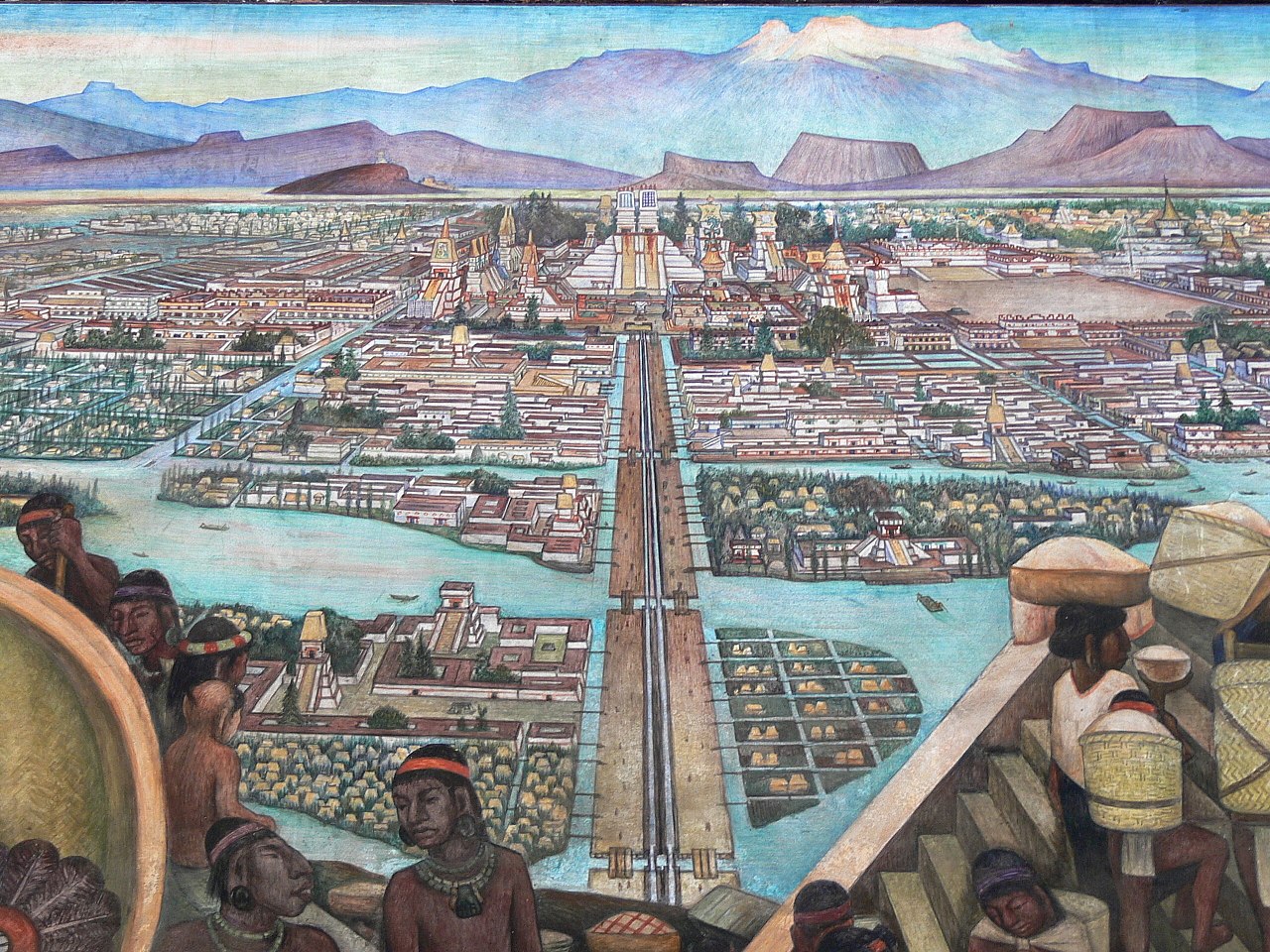 From Cholula, the Spaniards climbed to higher elevations. After passing between two great volca­noes, Popocatepetl (“the hill that smokes”) and Ixtaccihuatl (“white woman”), they gained their first sight of the valley of Mexico. Below them stretched the great lake, with Tenochtitlán in its midst; and far away on the northeast bank, rose the city of Texcuco. One of the soldiers, Bernal Díaz, wrote he had never seen a sight as lordly and beautiful as Tenochtitlán. “And some of our soldiers even asked whether the things we saw were not a dream,” he later wrote. So beautiful was Montezuma’s city, with its great buildings and tem­ples, that fear filled the hearts of Cortés’ men. But buoyed by their commander’s confident spirit, they recovered their courage and proceeded onward toward the city. Marching across the great causeways that connected Tenochtitlán with land, the 400 Spaniards with their 6,400 Indian allies beheld beautiful floating gardens and the vast population surrounding the lake and swarming on its waters in innumerable canoes. It was, as Díaz had said, a dream city, pulled into life from the romantic tales of chivalry so beloved to the stern soldiers of the Crown of Spain.

Montezuma welcomed Cortés and his men into the city and and showed them every hos­pitality. He allowed the Spaniards to visit the marketplace and the great teocalli. In the last place Cortés and his men saw signs of human sacrifice — hearts of victims, some still warm, set on the altars of the gods. Montezuma, whose religious sensibilities were more eclectic than those of the Spaniards, allowed the Spaniards to have a chapel in their quarters where Mass could be offered. END_OF_DOCUMENT_TOKEN_TO_BE_REPLACED