“Nothing lives long except the earth and the mountains.”

The ancient chief, leader of the people, refusing refuge within the banks of the murmuring creek bed, boldly faced the onslaught of the white-faces, unresisting. The whizzing bullet, whether aimed deliberately or fired recklessly, struck the old man, and he fell, like an ancient, towering pine cut down in the distant forest. 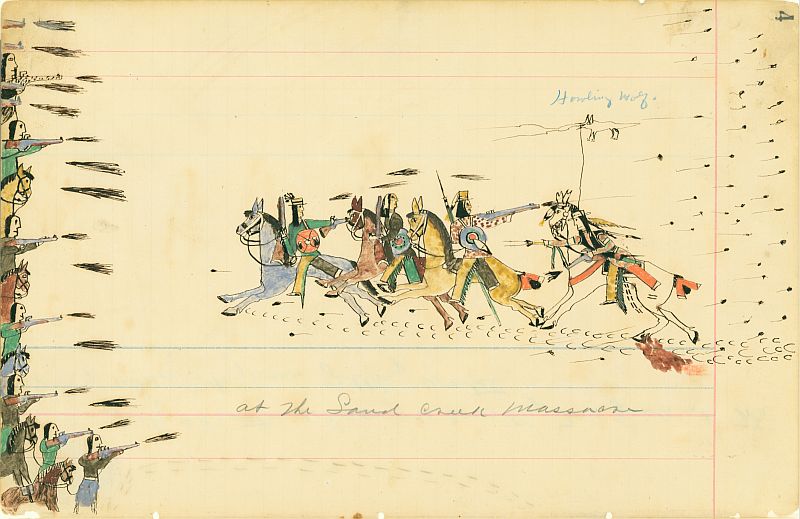 A depiction of the Sand Creek Massacre, by Howling Wolf, an eye witness

Some would have said that White Antelope’s people, the Arapaho, had lived far too long, scouring the plains in pursuit of the herds of buffalo that fed them and clothed them. It was a new age; the white man was advancing, had been advancing, for over 20 years across the hunting grounds of the Arapaho, the Cheyenne, and the Sioux. Not many years had passed since gold had been found in the mountains of Colorado, and the white man’s city, Denver, had swelled with thousands of fortune seekers. The shiftless Indian (as the whites thought him), intent only on hunting and war, just wasted this land, just wasted it. He must submit to the white man (whose destiny it was to take the land) or die. END_OF_DOCUMENT_TOKEN_TO_BE_REPLACED

Victory for the Papal Zouaves: November 3, 1867

… But Garibaldi received his first check when six thousand of his Redshirts attacked several hundred members of the Legion of Antibes at the fortified town of Monte Rotondo, about 17 miles northeast of Rome. Greatly outnumbered, the hard-fighting French legionaries held off the Redshirts for 27 hours but at last were forced to retreat. The Redshirts moved in and ransacked the town, plundered and defiled the church, and terrorized the people. So great was the destruction in Monte Rotondo that Garibaldi himself rebuked his men with the sternest words. But it was no use; the “Liberator of Italy” could not control the many desperate men (bandits and other criminals) who served in his army.

Though a victory for Garibaldi, the Battle of Monte Rotondo benefited the papal army. The legionaries had so badly bruised the Redshirts that Garibaldi hesitated several days before making his final push against Rome.

END_OF_DOCUMENT_TOKEN_TO_BE_REPLACED

The Pope Driven from Rome:

Pope Pius IX’s refusal to declare war on Austria had turned the Liberals of Rome utterly against him. They now sought his downfall. Secret societies in the city stirred up the common people to demand nothing less than a secular, constitutional government for the Papal States. And the more the pope tried to appease the Liberals, the more they demanded of him. Even the pope’s chief ministers, led by a layman, Count Mamiani, demanded that the pope not only declare war on Austria but also abandon his temporal power altogether.

As the months passed, street violence, stirred up by secret societies, increased in Rome. The civil guard was in the hands of the Liberals, while Count Mamiani only wasted government money and did nothing about the violence. When Mamiani at last resigned, the pope appointed Count Pellegrino Rossi as chief minister. Rossi took over the leadership of the mostly lay ministry on September 16, 1848. END_OF_DOCUMENT_TOKEN_TO_BE_REPLACED 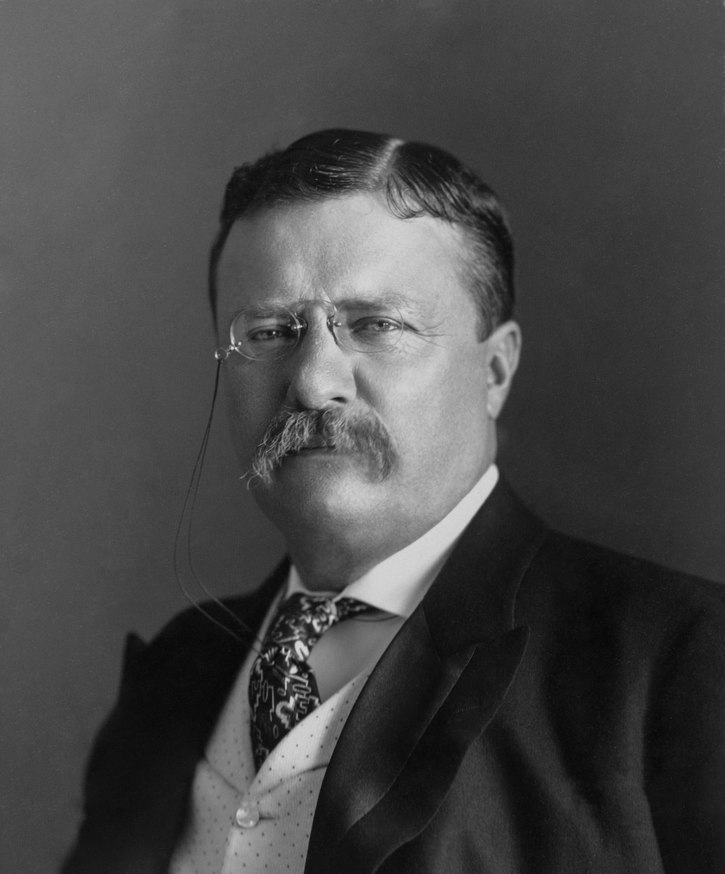 In his second inaugural address, Roosevelt developed his ideas about the place of the United States in the world. “Much has been given us,” he said, “and much will rightfully be expected from us . . . We have become a great nation, forced by the fact of its greatness into relations with the other nations of the earth, and we must behave as beseems a people with such responsibilities. Towards all other nations, large and small, our attitude must be one of cordial and sincere friendship. We must show not only in our words, but in our deeds, that we are earnestly desirous of securing their good will by acting toward them in a spirit of just and generous recognition of all their rights.”

However, the president continued, justice and generosity required strength. “While ever careful to refrain from wrongdoing others,” he said, “we must be no less insistent that we are not wronged ourselves. We wish peace, but we wish the peace of justice, the peace of righteousness. We wish it because we think it is right and not because we are afraid. No weak nation that acts manfully and justly should ever have cause to fear us, and no strong power should ever be able to single us out as a subject for insolent aggression.” END_OF_DOCUMENT_TOKEN_TO_BE_REPLACED 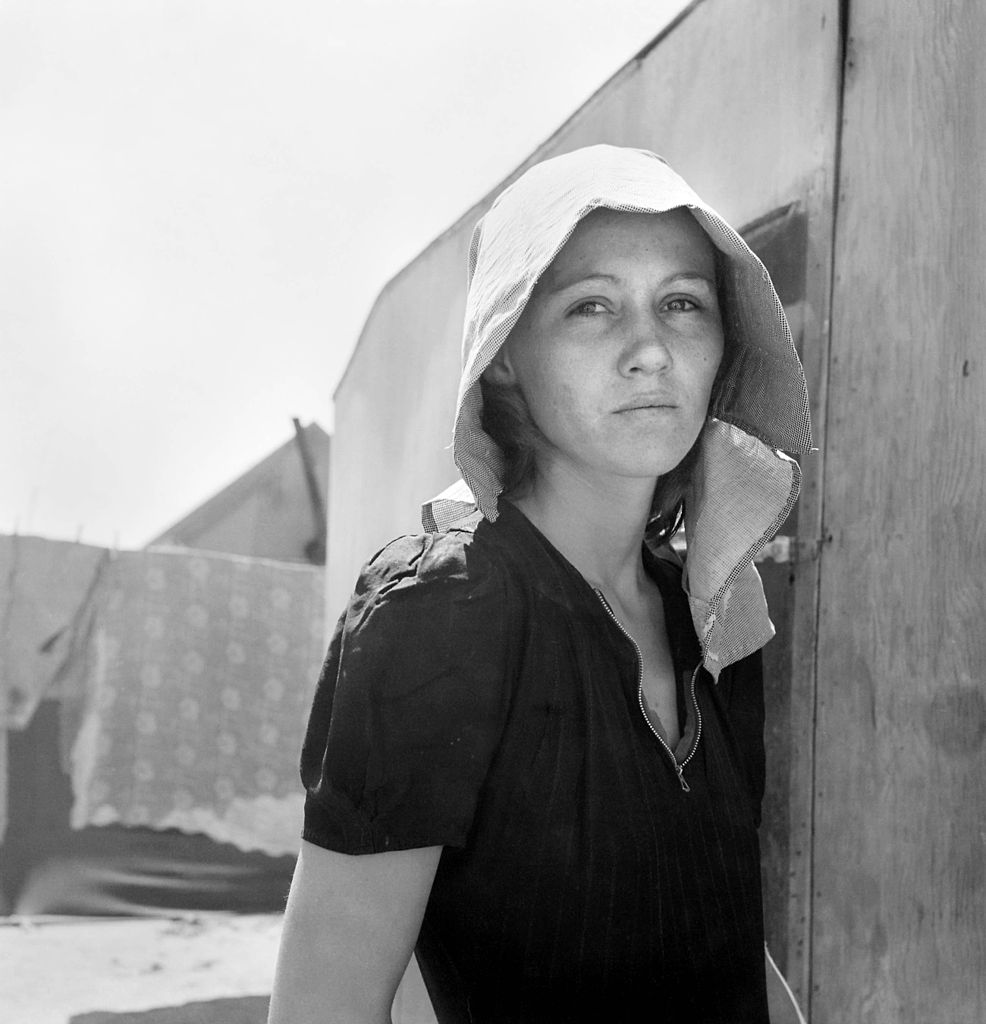 Photography by Dorothea Lange: “Young migratory mother, originally from Texas. On the day before the photograph was made she and her husband traveled 35 miles each way to pick peas. They worked 5 hours each and together earned $2.25 [about $40 in current dollars]. They have two young children . . . Live in auto camp. Edison, Kern County, California.”

Among the states hardest hit by the Great Depression was California. California’s industries — the growing of fruit (thought more of a luxury than a staple by most Americans), motion pictures, and vacation spots — were of the sort to suffer most hurt during an economic downturn. Moreover, with its regions of mellifluous climate, California attracted the out-of-work from across the nation; they thought it would easier to bear poverty in a pleasant clime than in the regions where harsh winters prevailed. They also increased the number of poor unemployed in the state.

The poverty of the Depression received little effective response from California’s state government. The governor, James “Sunny Jim” Rolph ignored New Deal solutions to the crisis and continued the policies of the Hoover administration. When Rolph died after a heart attack on June 2, 1934, the lieutenant governor, Frank Merriam, assumed the governorship and perpetuated Rolph’s policies. END_OF_DOCUMENT_TOKEN_TO_BE_REPLACED