A year later, Pope Julius proclaimed a jubilee indulgence to fund this great project. An indulgence is a full or partial remittance by the Church of the temporal punishment for sins (such as one suffers in Purgatory) following the forgiveness offered in the Sacrament of Penance. Julius’s indulgence did not differ from indulgences issued by earlier popes. To obtain the indulgence, one had to be truly repentant, receive the Sacrament of Penance, and perform a good work. In the case of the jubilee indulgence, the good work was contributing money to the building of St. Peter’s Basilica. It was not unusual for the Church to issue indulgences for the funding of churches—which was considered a very holy work. Yet, this jubilee indulgence, in a few short years, would have tragic results that no one, including the pope, could foresee in 1507. END_OF_DOCUMENT_TOKEN_TO_BE_REPLACED Conditions did not improve when George IV became king in 1820. As regent for his insane father, George III, since 1811, George IV had long supported the repression of radicals. Though a clever man (he was a student of the classics and fluent in French, Italian, and German), George IV was not a particularly good man. He was notoriously immoral and so did not mind the corruption that filled the British government. This made the new king very unpopular.

Though he spent most of his time at Windsor Castle, George IV continued to play a part in politics. He opposed all reform measures, including one that he himself had supported over 20 years before — Catholic emancipation. Since the 16th century, English law had forbidden Catholics to serve in Parliament or even to vote for members of Parliament. Penal laws carrying punishments of fines, imprisonment, and even death (for Catholic priests) were still on the books. In Ireland, though most of the population was Catholic, only Protestants could serve as magistrates; and everyone whether Protestant or not, had to pay tithes to support the Protestant Church of Ireland. Though in 1797 George IV had proposed a bill that would allow Catholics to sit in Parliament, by 1813 he was a firm opponent of similar bills. George IV now said his kingly oath to support the Protestant religion meant he had to oppose any efforts for Catholic emancipation.

END_OF_DOCUMENT_TOKEN_TO_BE_REPLACED

Because of the insurgents’ war cry — Viva Cristo Rey! (“Long live Christ the King!”) — the Federals, perhaps in mockery, named them Cristo-reyes or Cristeros. But though they might despise them for being peasants, Federal commanders learned to their dismay that the Cristeros had a number of gifted leaders. These were not militarily trained but were men of the common trades who discovered in the crucible of conflict a gift for strategy and command. Along with Ochoa were Jesús Degollado, a druggist; José Reyes Vega and Aristeo Pedroza, priests; and Victoriano Ramirez and Miguel Hernandez, ranch hands. Under such leaders, in the early months of 1927, Cristero forces won significant victories against crack federal cavalry at San Francisco del Rincón in Guanajuato, and at San Julián in Jalisco. END_OF_DOCUMENT_TOKEN_TO_BE_REPLACED

Death of a Great Romantic:

“The Wanderer Above a Sea of Clouds,” by the German Romantic painter, Caspar David Friedrich

… [T]hough Romanticism started as a literary movement, the Romantic spirit moved into other art forms as well. For instance, a Romantic school of painting developed whose artists depicted scenes of drama, mystery, and even horror. Nor was Romanticism a purely German movement. From the group of early Romantics at Jena, it spread throughout Germany, into England, and eventually into southern Europe, France, and Russia.

But, besides literature, no art form was more affected by the Romantic spirit than was music. As in other art forms, music in the 18th century had followed the classical style; but with Ludwig van Beethoven, Romanticism entered music.

Born December 16, 1770, in Bonn, a city on the Rhine in the German archbishopric of Köln, Beethoven came from a family of musicians. Ludwig grew up in poverty, and his father was a violent and rough man, so Ludwig’s childhood and youth were not happy. Hoping to make money off his son’s musical talent, the father forced Ludwig to undergo a severe musical training from his fifth to his ninth years. After that, he received lessons on the piano, at which he excelled. As a teenager, Ludwig began supporting his family after his father, a singer, could no longer find employment. END_OF_DOCUMENT_TOKEN_TO_BE_REPLACED 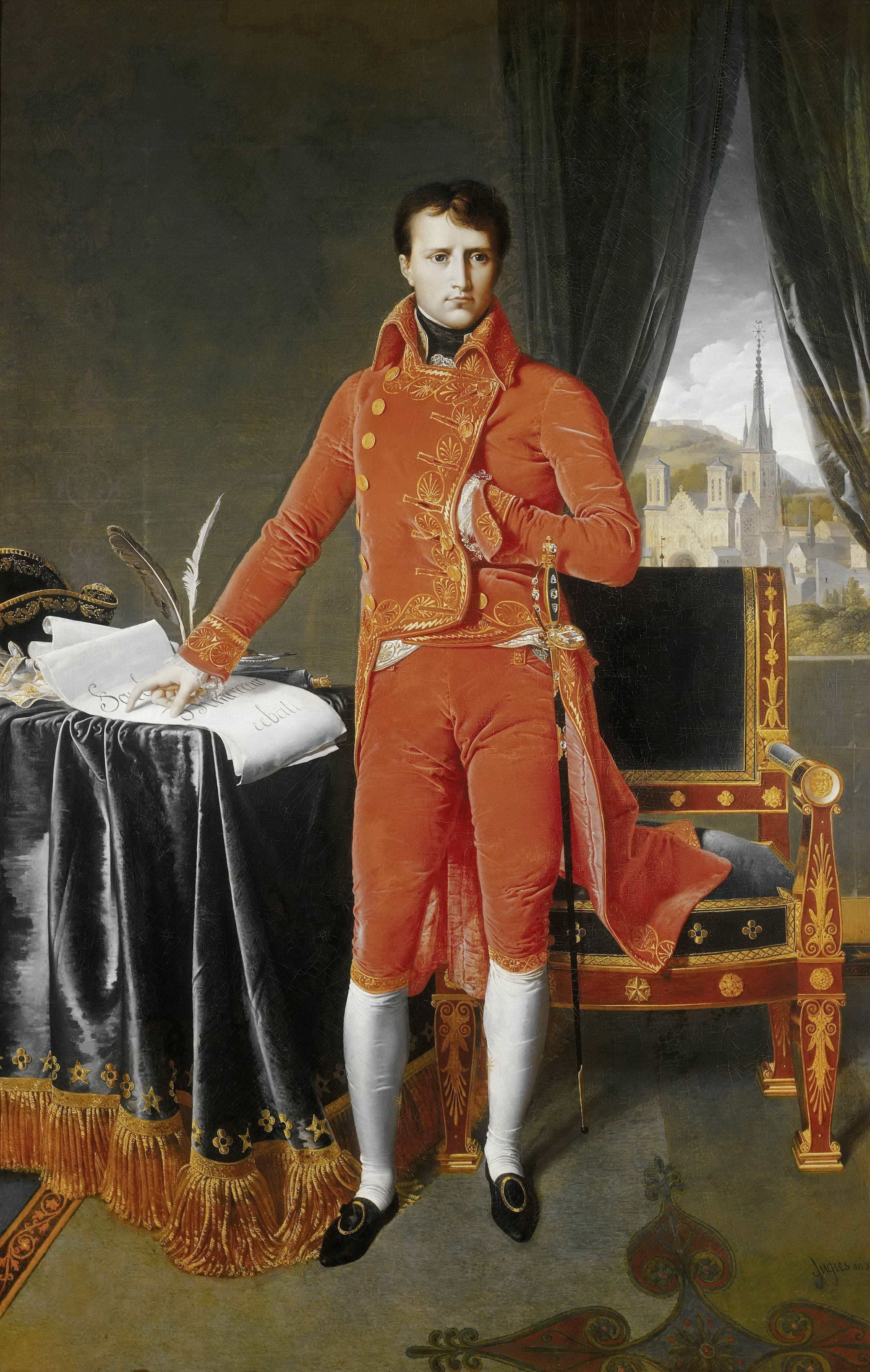 The English had their own grievances against France. The king’s government could not tolerate the power France had gained on the continent. Northern Italy and Switzerland had come under the republic’s “protection,” and so had the island of Elba (between Corsica and Italy) as well as the country of Holland. In granting “protection” to the Batavian Republic, as Holland was now called, France controlled the best coastline in northern Europe. And then there was the simple snobbery of the English upper class. For them, “Buonaparte” was nothing but an upstart—a lowborn Italian who by cunning had pushed his way into the society of his betters. Admiral Horatio Nelson spoke for many English aristocrats when he called Napoleon the “Corsican scoundrel.” END_OF_DOCUMENT_TOKEN_TO_BE_REPLACED