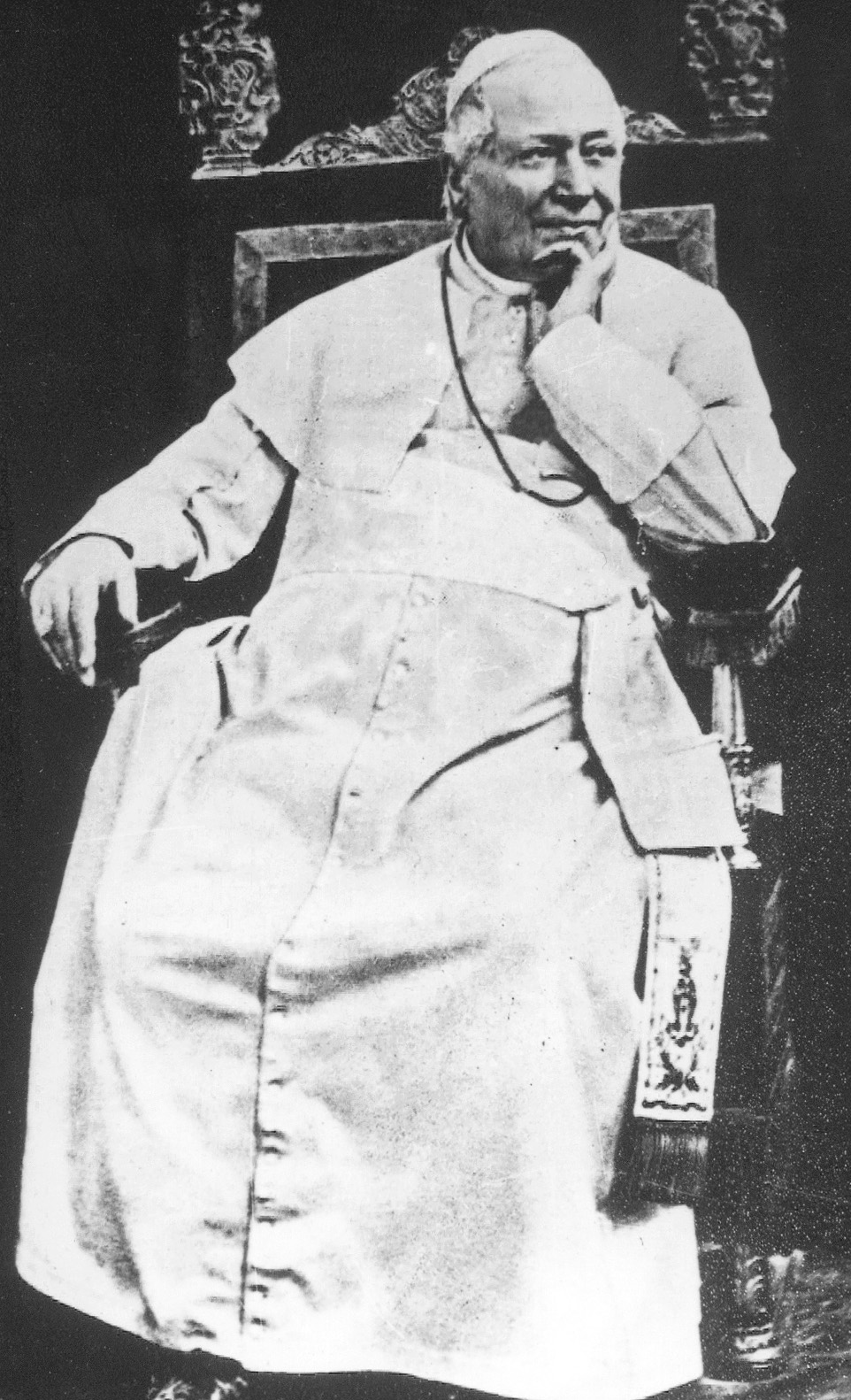 The pope’s army was very small—no more than four thousand men. It was only this small force that stood between him and the tens of thousands Italy could gather for an army of conquest. The treaty with Napoleon III, Pope Pius thought, would not restrain King Vittorio Emanuele.

Yet, after the departure of French troops from Rome, Pius IX carried on as if he had no enemy in the world. He continued, as was his wont, to visit hospitals and other charitable institutions. As before, he visited the neighborhoods of Rome to meet and speak with all his subjects. In 1867, for the eighteenth centenary of the martyrdom of Sts. Peter and Paul, the pope decided to hold a grand celebration in Rome. At his invitation, Catholic pilgrims from all over the world flocked to Rome.

The month of June that year was a great festival time. The feast of Corpus Christi fell on June 20, and about 250 bishops gathered around the pontiff as he processed through the streets of the city, holding aloft a great gold monstrance displaying the Eucharist. On June 26, the pope made an announcement that caused some to wonder and others to rejoice—he was convoking, he said, an ecumenical council to meet in the Vatican. This council would be the first ecumenical council to meet since the Council of Trent, almost 400 years before. Four days later, the centenary climaxed with a grand celebration of the Feast of Sts. Peter and Paul at the tomb of St. Peter. But even while these celebrations were going on, plans were afoot against the peace of Rome. Vittorio Emanuele’s prime minister, Urbano Rattazzi, had told Garibaldi to go forward with plans for the conquest of Rome. Though the Italian government was still pledged to defend the papal state against any invader, Garibaldi went openly through Italy gathering recruits. And though the Italian government said it knew nothing about what Garibaldi was up to, the old warrior received supplies from the government and transported his army on trains openly provided by the railroad of the kingdom of Italy.

At last, on September 29, 1867, Garibaldi, leading 10,000 to 12,000 Redshirts, invaded the Papal States. Garibaldi’s forces quickly overran the first villages they came to. Though these villages were protected only by small bands of papal police, Garibaldi treated his battles as great victories and sent out a proclamation, calling on the Roman people to rise up against the government. But a surprised Garibaldi soon learned that very few of the pope’s people were willing to rise up against that “vampire” and “tyrant,” as Garibaldi called the pope. The Roman people, in fact, were cold to Garibaldi and his army. The only response Garibaldi received to his call for revolution was a series of bombs set off by insurgents in Rome on October 22, including the blowing up of the Serristori barracks of the Papal Zouaves in Rome by two Roman citizens. The barracks at the time held only 27 Zouaves. These were members of the Zouave military band, all of whom (including some boys) were killed.

When “news” of the invasion reached the Italian government, it sent an army of 40,000 to the frontier of the Papal States. The Italian army, however, did not try to stop Garibaldi, nor did it invade. Its purpose was not clear. But some thought it would seize the Papal States after Garibaldi took Rome and claim them for King Vittorio Emanuele—just as Cavour had done with Naples in 1860.

We will continue the story of this, the first Italian invasion of the Papal State in November.

A Song from the Ranks of Garibaldi

This song, composed in 1848 by Carlo Alberto Bosi, is a soldier’s farewell to his wife and family as he goes to fight for “liberty” — Italian unification.