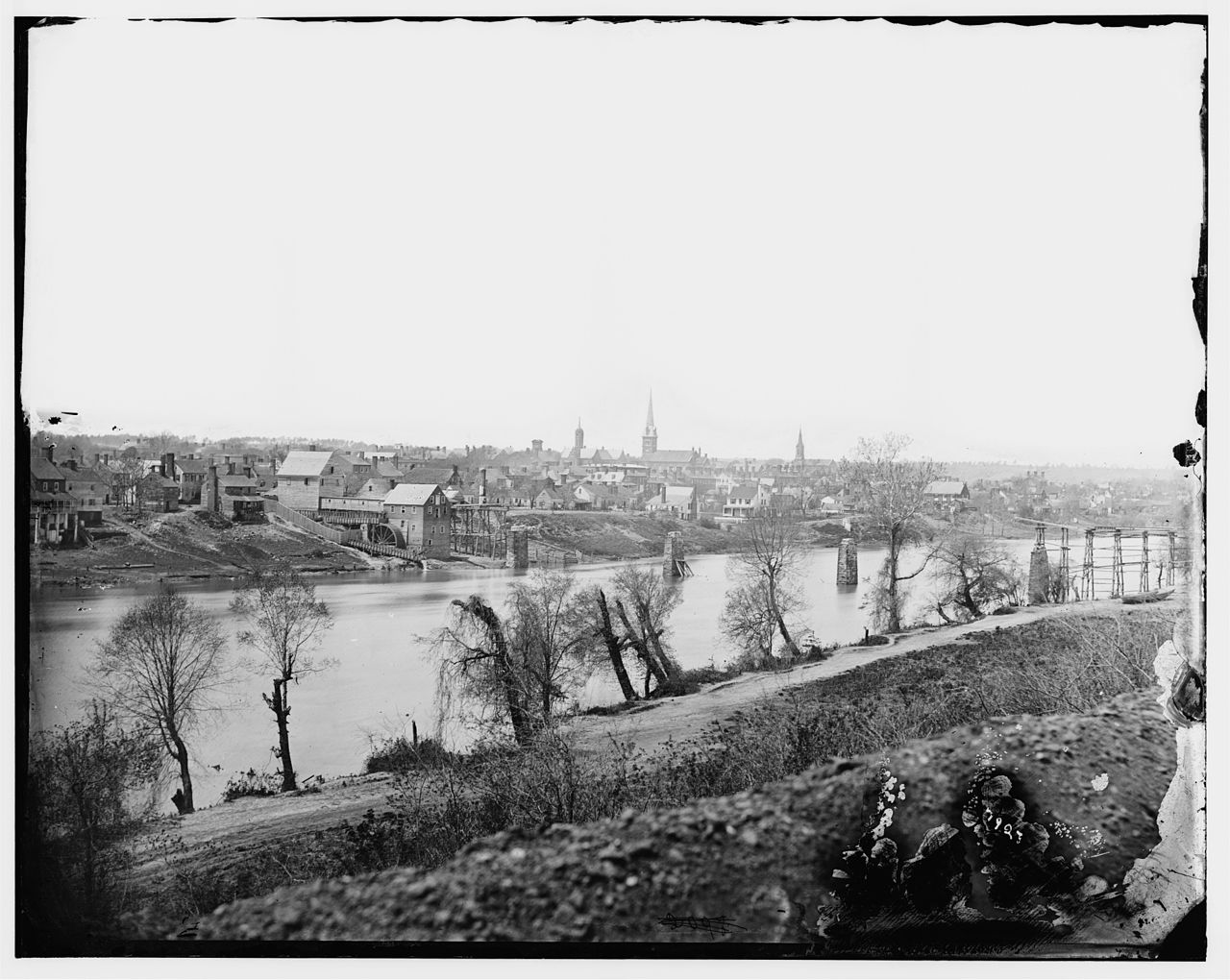 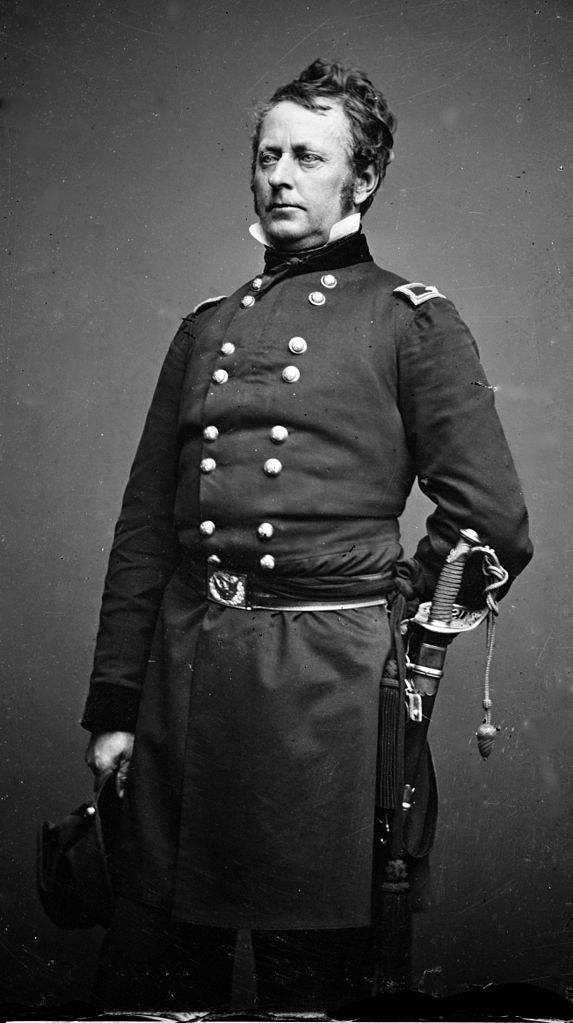 General Robert E. Lee, however, was not fooled. He had an uncanny ability to read the character of his opponent and guess what he might do. After Hooker began his march up the river on April 27, Lee did a daring act — he divided his small force of 60,000, leaving 10,000 to face Sedgwick at Fredericksburg, while he led the remainder west to face Hooker. Military strategists thought dividing a smaller force in the face of a larger one the height of foolishness, but Lee was not governed by textbook strategy. He was in a desperate situation that called for desperate measures. 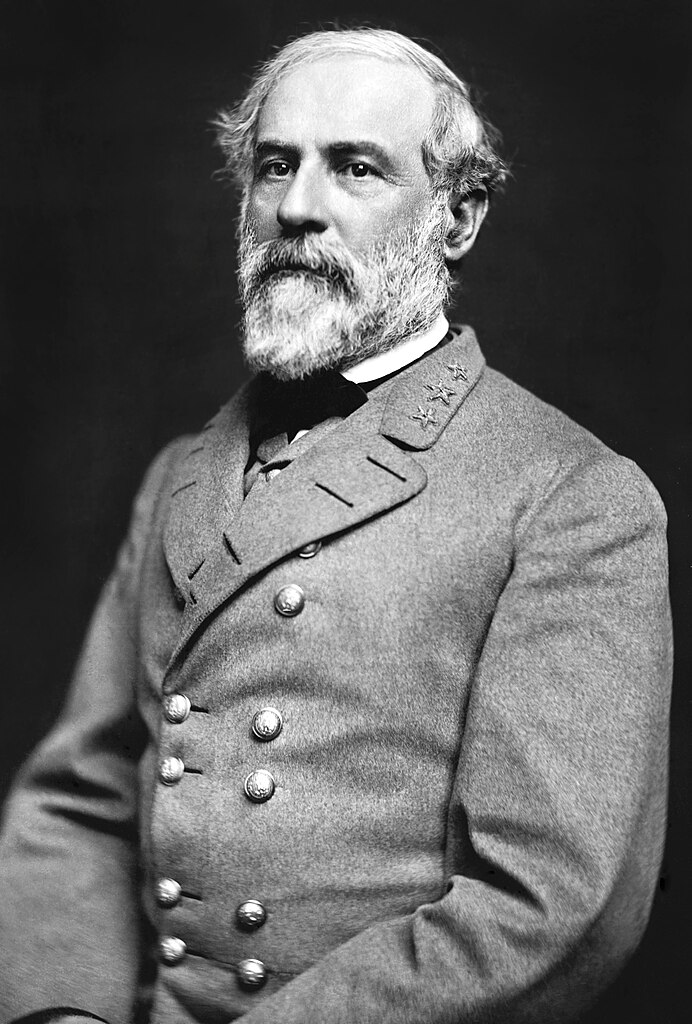 By May 1, Hooker had crossed the Rappahannock and had led his force through what locals called the “Wilderness”— a thick, dark, and tangled forest. Hooker made his headquarters at Chancellorsville — not a town, but a large house that stood amid a clearing in the Wilderness — and began to move on Confederate lines. Then, inexplicably, he ordered his men back to Chancellorsville. Why? Years later he explained: “I just lost confidence in Joe Hooker.”

Meanwhile, Lee was moving against Hooker. Stonewall Jackson, scrapping for a fight, convinced Lee to divide his army yet again — Jackson leading 26,000 to attack Hooker’s right flank. Lee agreed, and on May 2, Jackson moved his army 14 miles until it stood poised to attack Hooker’s flank. Hooker ignored reports of rebel movements. That evening, about 5.30 p.m., while the Federals were relaxing around their fires, deer leaped from the woods into the camps. Behind the deer, with wild cries banishing peace, came Jackson’s rebels. Overwhelmed, the Yankees fell back in confusion. By nightfall, Jackson had pushed the Federal right flank two miles back to Chancellorsville.

Last portrait of Stonewall Jackson, taken seven days before he was wounded at the Battle of Chancellorsville

Success only whetted Jackson’s appetite. He would not rest. He was determined to make a night attack. In the waning twilight, Jackson and several of his officers rode out to reconnoiter the Yankee lines. But within the Confederate lines, Jackson’s men were skittish, and when Jackson and the officers were returning, they mistook them for a Yankee patrol. Shots rang out. Jackson fell from his horse, shot once through the right hand and twice in the left arm. He was taken to a field hospital, where the surgeon decided that he would have to amputate the general’s left arm.

When Lee heard of Jackson’s misfortune, he said, “he has lost his left arm, but I have lost my right.” Yet, with or without Jackson, Lee had a battle to fight. On May 3, Sedgwick crossed the Rappahannock and pushed the small Confederate force from Marye’s Heights. The Confederates kept falling back but held the Federals at Salem Church. At the same time, Hooker was making blunder after blunder. He still had 70,000 troops; he could have rallied them and beaten the outnumbered rebels. But Hooker was scared; Lee had whipped his spirit. The Rebels pushed the Yankees back; they retreated, abandoning the Chancellorsville clearing. Confederate artillery shelled the house, setting it ablaze. Other shells ignited the woods. The fires consumed the helpless wounded.

The next day, May 4, Lee again divided his army, sending the greater number to the aid of the Confederates at Salem Church. The reinforced Confederates drove Sedgwick back over Marye’s Heights, through Fredericksburg, and across the Rappahannock. Lee now reunited his entire force for a final blow, but Hooker wouldn’t give him the chance. On May 6, Hooker moved his army back across the river and took up quarters again at Falmouth.

“My God! My God! What will the country say?” exclaimed Lincoln when he heard the news of Hooker’s defeat. Hooker’s casualties were high — 17,000 men lost. Lee’s were less, though they were a greater blow to him — 13,000 men, one-quarter of his army.

Another blow to Lee was the news that Stonewall Jackson had come down with pneumonia. He lay at a nearby farmhouse; his wife, Anna, by his bedside. When he was conscious, Old Blue Light was confident he would survive — “the Almighty has yet a work for me to perform,” he said to Anna. Yet, on Sunday, May 10, when Anna told him that the surgeon said he would not last the day, Jackson merely said, “Very good, very good. It is all right. It is the Lord’s day; my wish is fulfilled. I have always desired to die on Sunday.”

Throughout the day, Jackson dozed on and off. A little after three, he awoke in a delirium: “Order A.P. Hill to prepare for action!” he said. “Pass the infantry to the front . . . Tell Major Hawks —” He fell silent, smiled, and closed his eyes. “Let us cross over the river,” he murmured, “and rest under the shade of the trees.” And Stonewall Jackson died.

“Red Rocking Chair” — a traditional American folk song, preserved in Appalachia. Soldiers at Chancellorsville may have sung something similar; but this version was performed by the Coon Creek  Girls in 1968.