Frémont’s father-in-law was the pro-expansionist senator from Missouri, Thomas Hart Benton; the former ambassador to Mexico, Joel Poinsett, was Frémont’s patron. After Frémont returned from his first expedition in 1844, Poinsett introduced him to both General Winfield Scott, who promoted Frémont to captain, and to President Polk. It was with the backing of such powerful men that Frémont undertook his second expedition into California. Ostensibly it was just another topographical expedition, like the first. 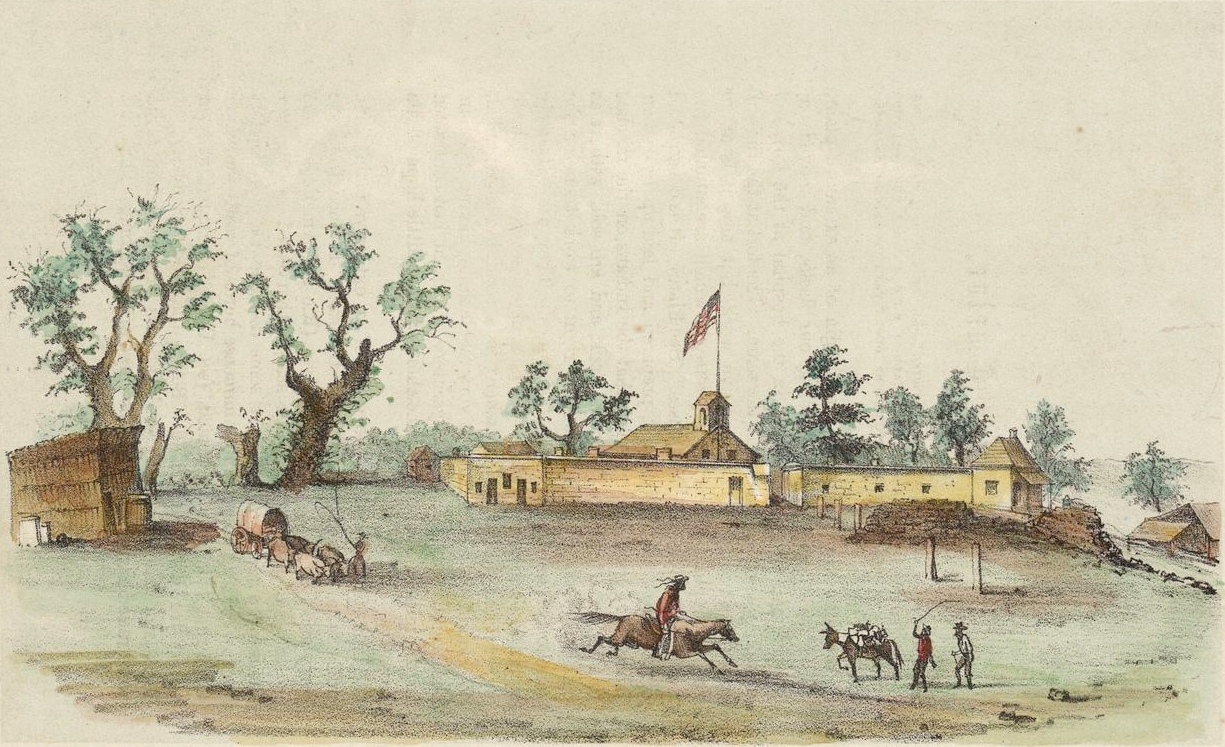 From Sutter’s fort, Frémont journeyed through the San Joaquin Valley, looking for a party of his men that had crossed the Sierra Nevada by a different route than his. When he could not find them, he returned to Sutter’s fort. From Sutter’s, he went by launch to Yerba Buena (later named San Francisco), and then down to Monterey, where he visited Thomas Larkin. Yankee merchant and United States consul to California, Larkin held the trust of Mexican officials, though all the while he was privy to secret information from the United States unfavorable to Mexican interests. In one such message, Larkin would receive in October 1845, President Polk had told the consul that if the people of California “should desire to unite their destiny with ours, they would be received as brethren.”

When he learned that Frémont had entered California with a corps of armed men, the Mexican commandante general, Don José Castro, was suspicious. In answer to Castro’s inquiries, Frémont said he was a captain in the United States Army Corps of Engineers surveying “the nearest route from the United States to the Pacific Ocean.” He had entered California to take on supplies. Castro accepted this explanation. But Frémont lingered in California. Setting up camp at the abandoned Laguna Seca rancho, about 13 miles from San Jose,  he was rejoined by the rest of party (some 44 men) and began receiving visits from Anglo-American settlers. From the rancho, he set out to explore the countryside. Castro again grew suspicious and this time sent a pointed message to Frémont. While traipsing through the Salinas Valley, Frémont received Don José’s missive. It was clear and unequivocal — leave California at once!

Frémont decried Castro’s “breach of good faith.” He and his men did not leave California; instead they built a stockade near Gavilan peak, in sight of Mission San Juan Bautista, where Castro was drilling his troops. Raising the American flag over the stockade, Frémont defied Castro for three days. Then, decamping, Frémont headed north towards Mount Shasta, enroute to Oregon. Having had made his stand against the Mexican despot, Frémont could leave California with his honor intact.

But Frémont did not complete his journey. At Klamath Lake, on May 8, he heard the sound of hoof beats. Two horsemen rode up to Frémont to inform him that Lieutenant Archibald H. Gillespie of the United States marines was following him with important missives. Turning south, Frémont met Gillespie at nightfall. What did the missives contain? “The information received through Gillespie,” wrote Frémont years later, “absolved me from my duty as an explorer, and I was left to my duty as an officer of the American Army, with the further authoritative knowledge that the Government intended to take California.” Retracing his steps, Frémont returned to the Sacramento River, where he awaited the next act in the drama.

Among the Hispanics of California, the Fandango was a favorite dance. We offer here Fandango music composed by the Spanish Baroque composer, Santiago de Murcia (1673-1739). It is a traditional piece in the Jarocho style, which comes from the region of Vera Cruz in Mexico. Santiago de Murcia probably never visited the New World, though manuscripts of his music dating from the 18th century have been discovered in Mexico.

2 thoughts on “This Week in History”